Researchers have projected that renewable sources of energy will account for more than half of the total electricity produced by the year 2035. This article discusses the Most Promising Alternative Energy Sources. They include the following;

The commonly used way of hydropower generation normally entails dams being set up on rivers and then releasing the water from the dam and the water, in turn, can drive the turbines.

Another method of hydroelectricity generation is the pumped-storage type plants.

This is another type of alternative energy that is also widely used around the world. It is the second most used alternative source of energy. Installed wind power capacity currently exceeds 600GW. This accounts for roughly twenty-six percent of the world’s total renewable energy production capacity. Wind energy is regarded as clean and is available freely. Strong winds can turn wind turbines and then wind energy is converted to electric power.

This is another type of alternative energy source that is also widely used around the globe. Research indicates that more than 500GW of installed capacity normally makes solar the second most used alternative source of energy. The PV (photovoltaic) technology is dominant in this alternative source of energy. However, the use of CSP (concentrated solar power) technology has been gaining popularity lately. While it is not quite ready to roll out residentially to power full homes, it can be used to power certain non-essential electrical components such as garage door openers or similar. The CSP installed capacity is on the rise and research indicates that it is about 6.5GW currently.

The rise of cumulative solar energy capacity has been averaging around thirty percent over the past five years. This makes it the fastest-growing source of alternative energy.

Wood pellets and biofuels which are types of modern biomass are increasingly being used for generating power and heating. All this is done alongside traditional biomass sources like the agricultural by-products.

Something worth noting is that about a third of the green energy produced via geothermal sources is converted into electricity.

As you can see from the discussion above, renewable sources of green energy can be ranked accordingly. Solar power can be considered as the most promising alternative energy source. This can be attributed to the rate at which cumulative solar energy capacity has been averaging which is by thirty percent. This makes it the fastest growing and promising source of alternative energy. 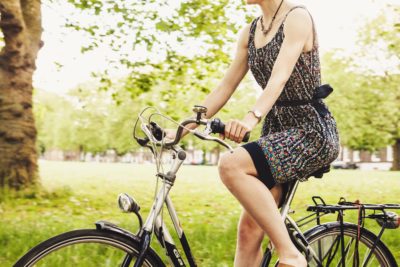